Charles Does A Fluff Up!

There is much to catch up on regarding the owls, to put it mildly, but in the meantime here is a highlight from last night.  Charles moved from a large pine to a cedar after being mobbed by American Robins.  The mobbing continued but his new spot was low and close allowing me to get a great view of him. 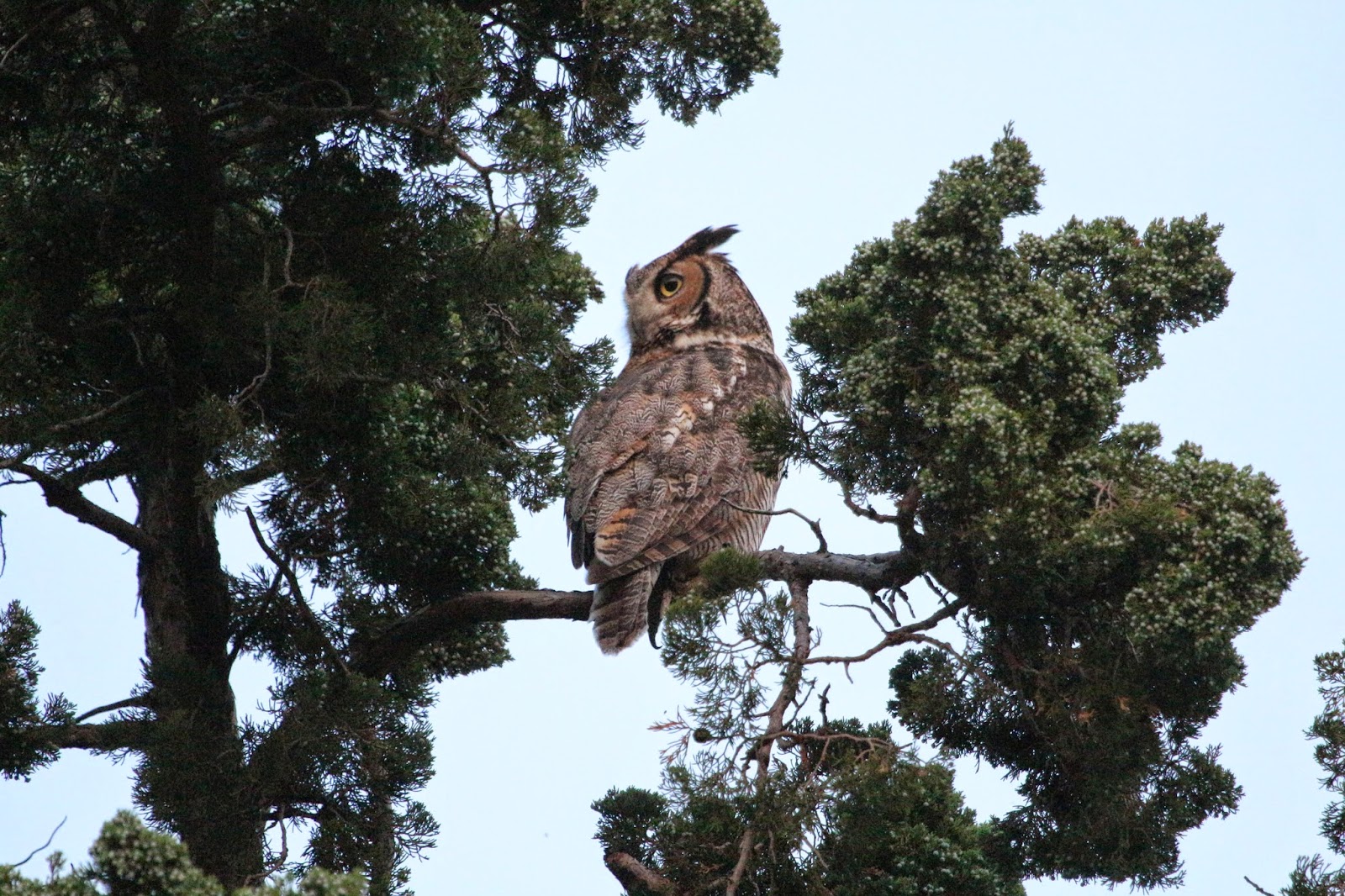 Notice in the below shot you can see in his right eye, the eye's nictitating membrane, also known as a third eyelid.  This added and transparent eye lid helps keep the eyes safe and protected. 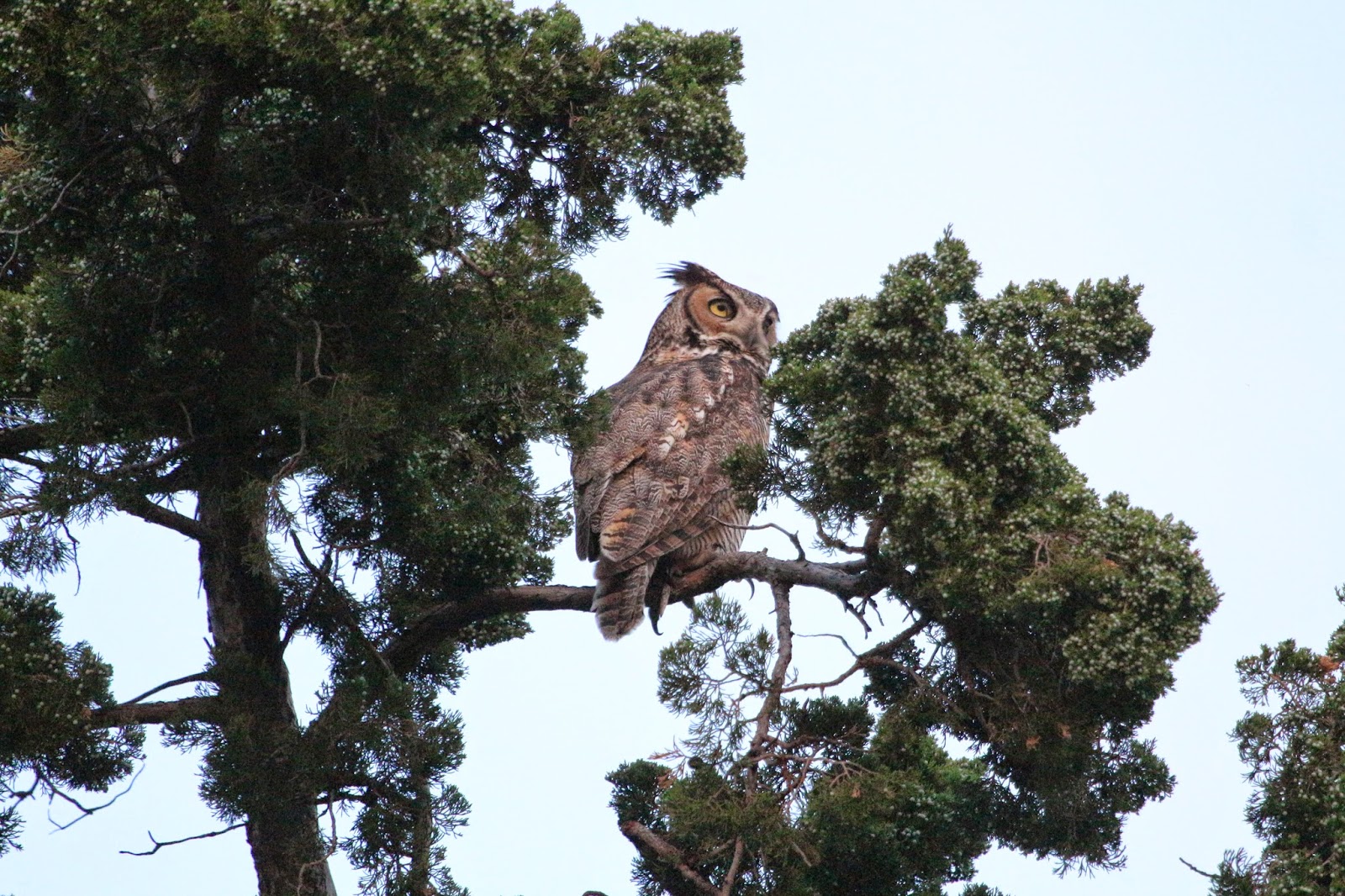 Charles paused and began, though I did not know so yet, to prepare to do, what I have dubbed, The Fluff Up. The Fluff Up is a grooming behavior, that I believe may be unique to owls, in which the owl shakes and fluffs up all of its feathers at once.  The Fluff Up is hard to capture on camera because it just happens without any discernible introduction.  I just happened to be shooting pictures and managed to capture Charles execute a textbook example of The Fluff Up. 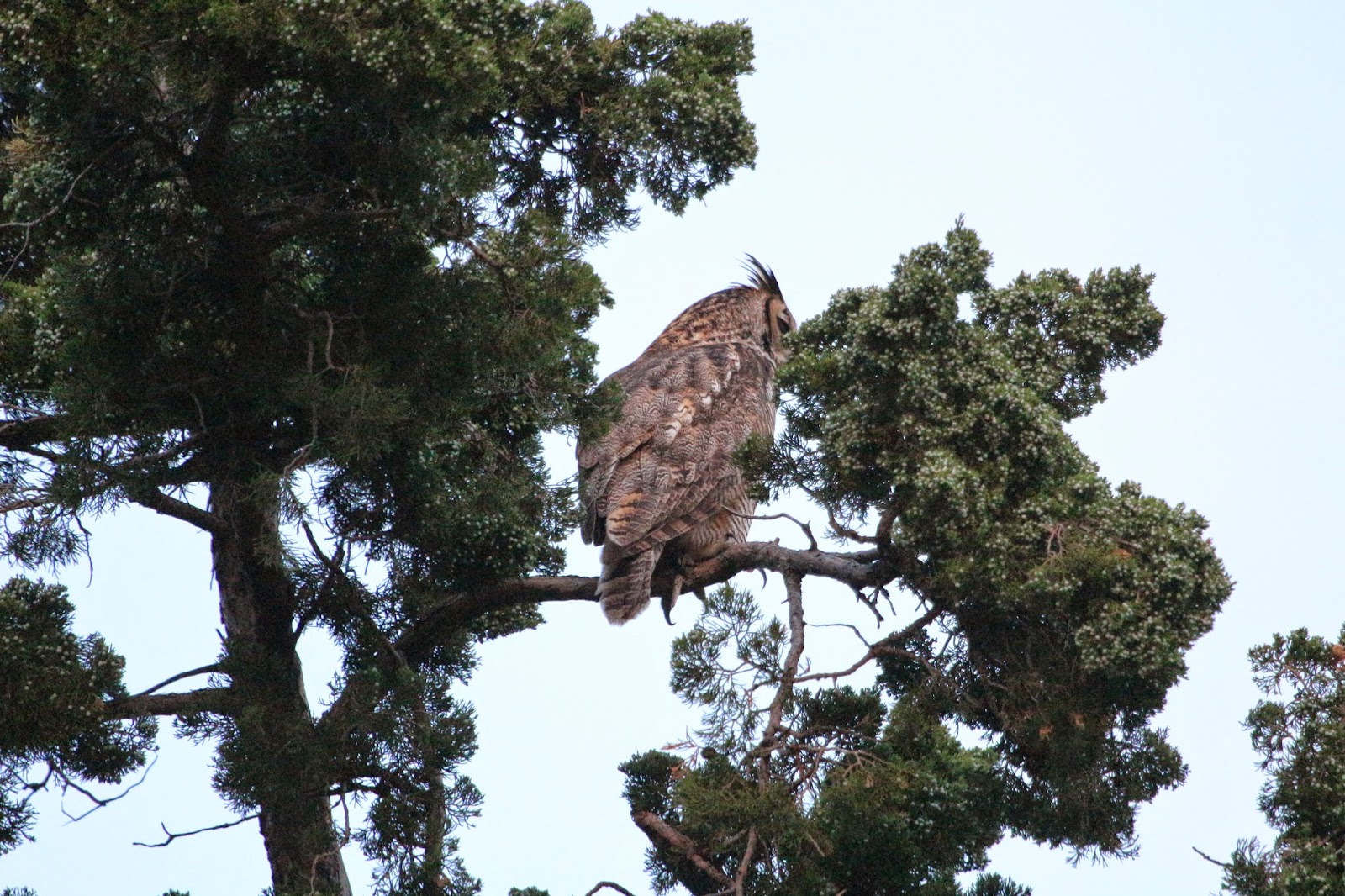 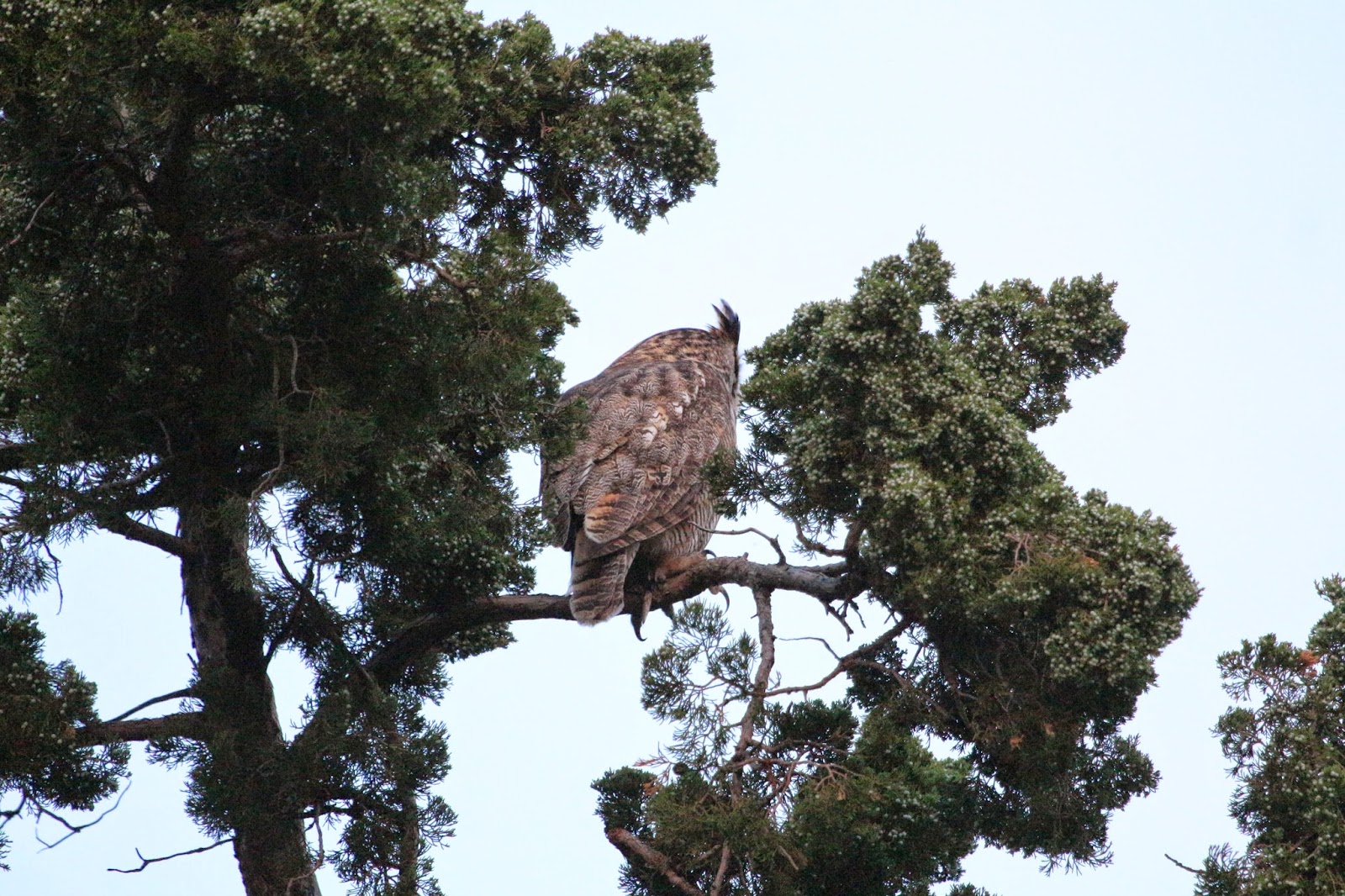 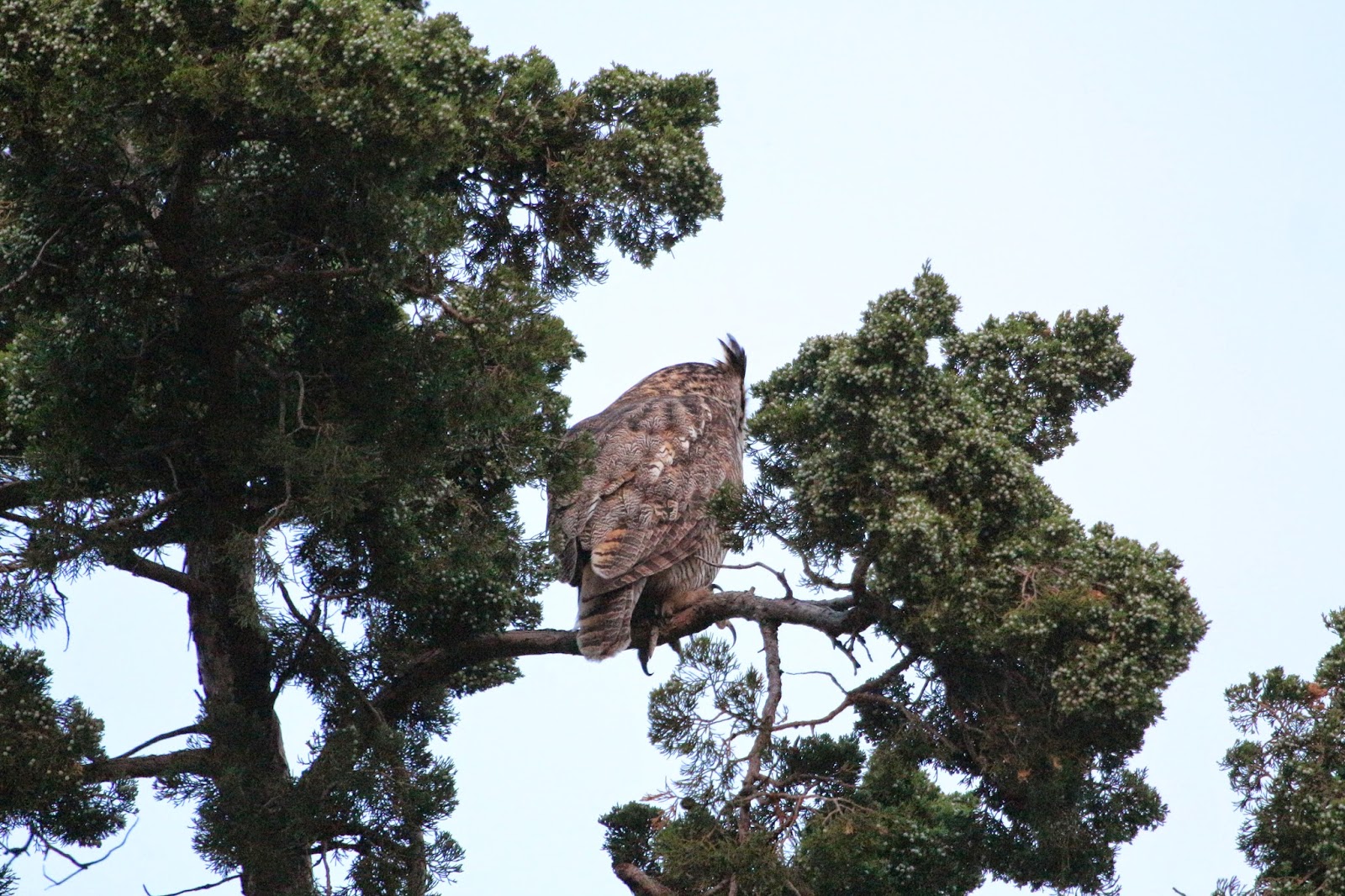 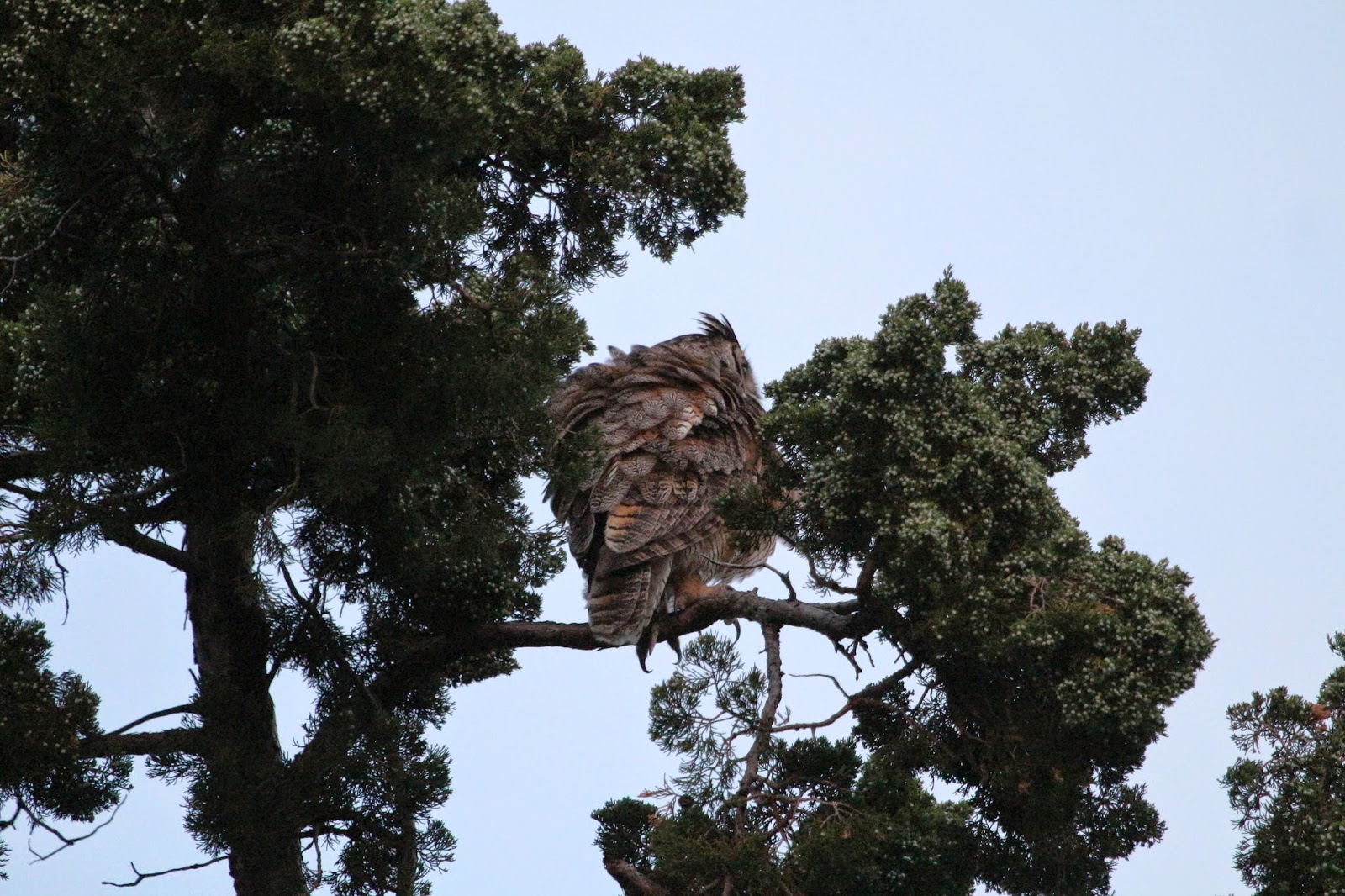 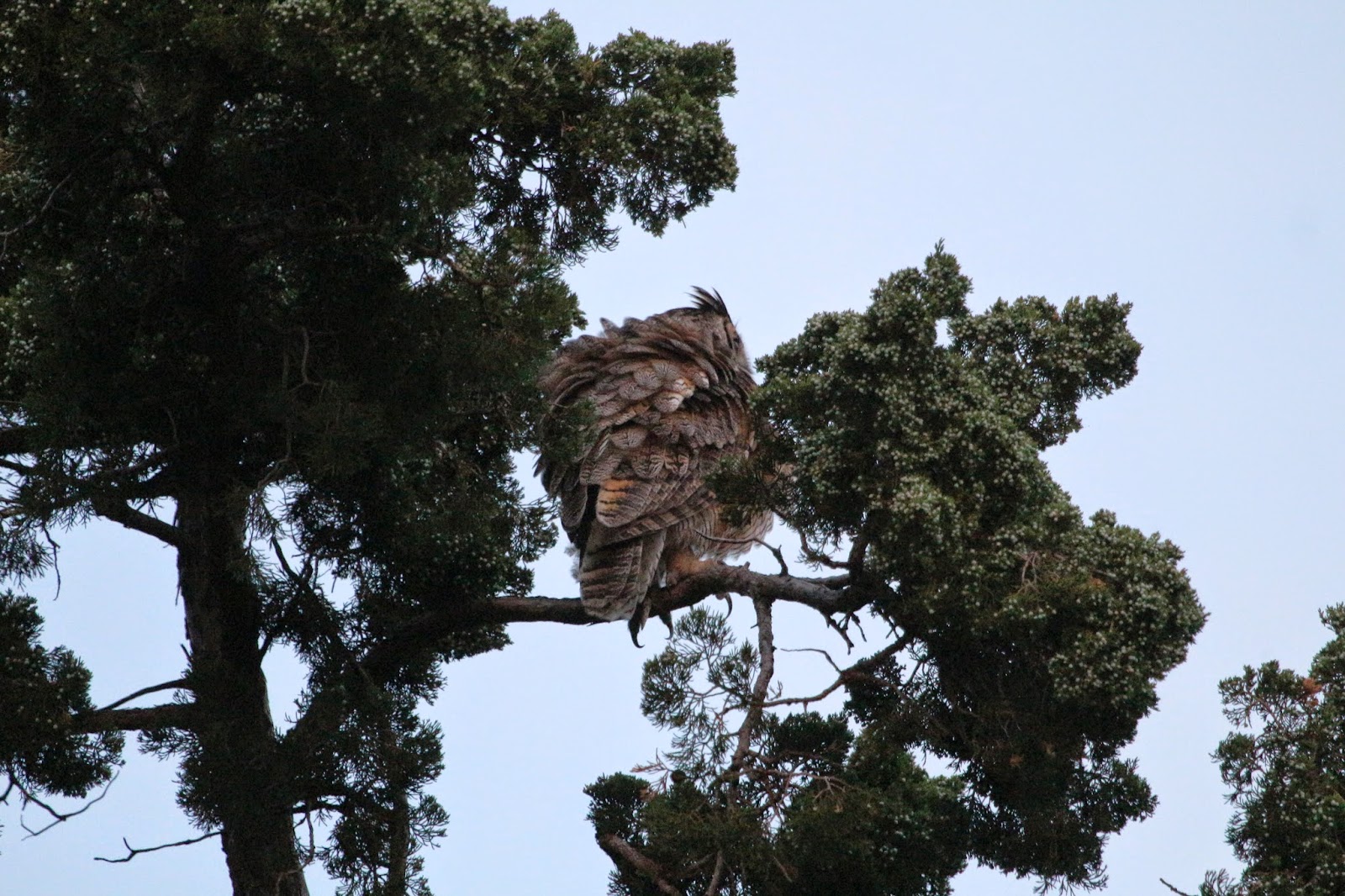 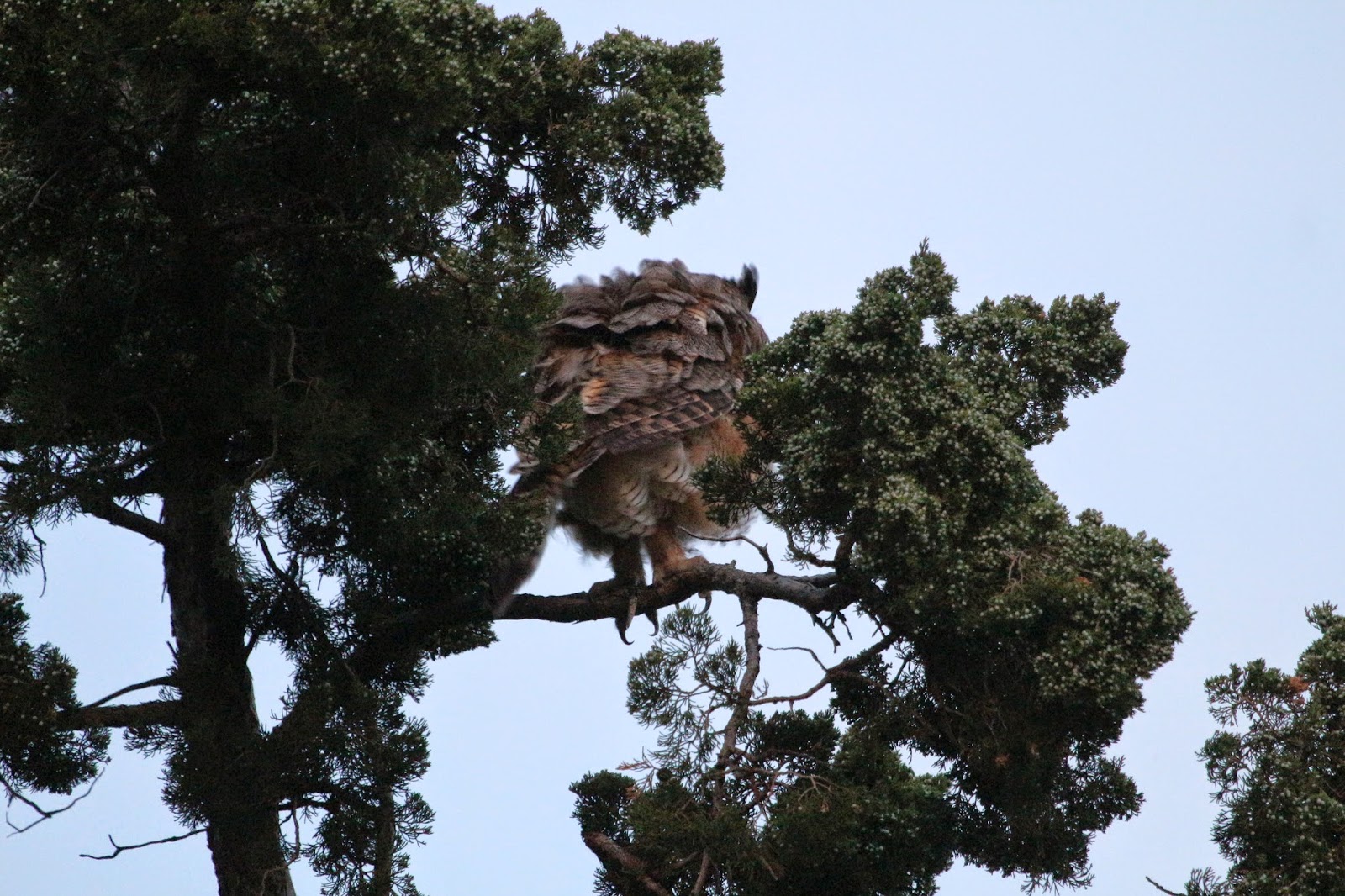 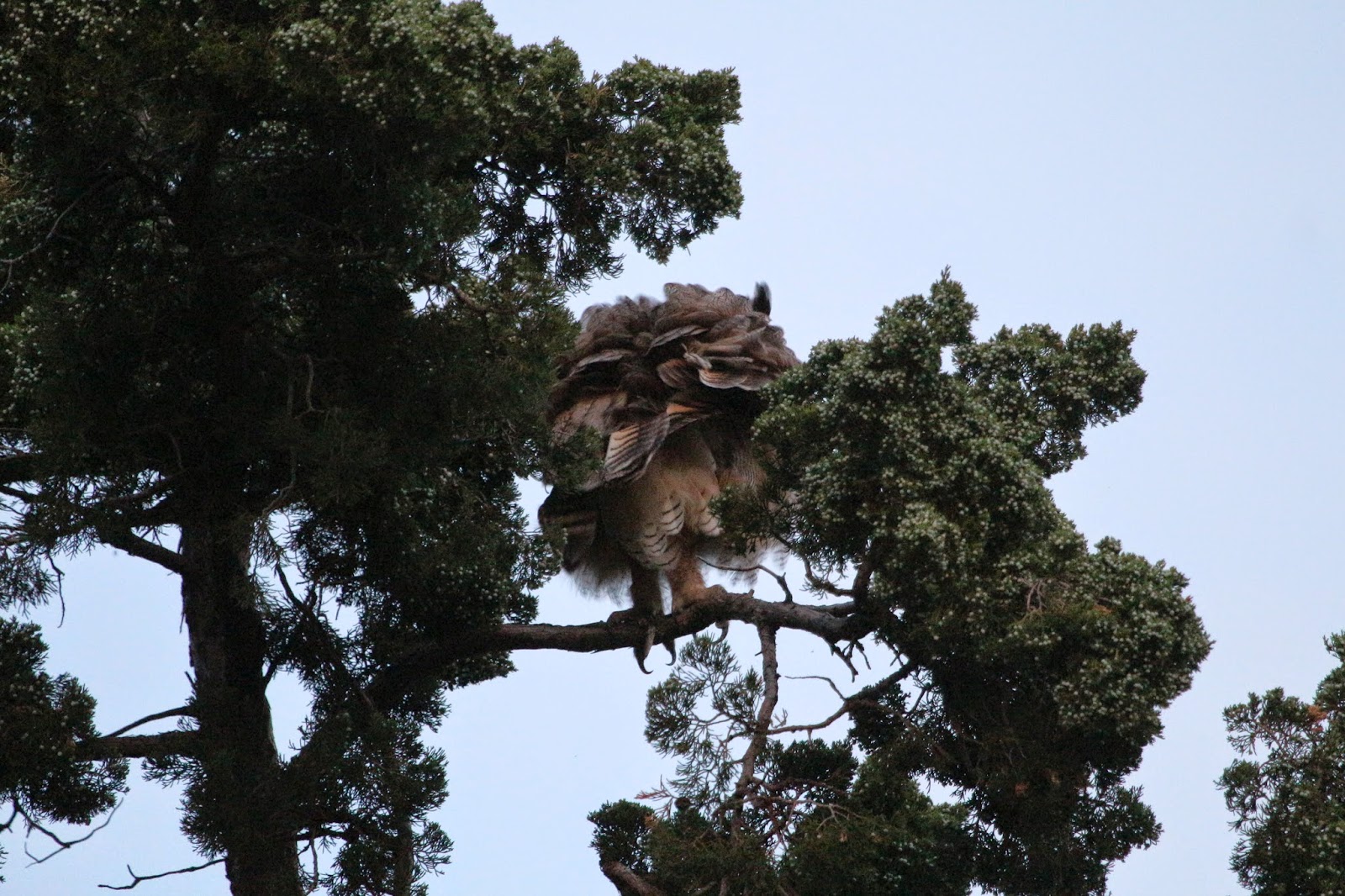 Notice how this angle provides insight into the massive talons of Great Horned Owls.

Thank you for reading!
Posted by Mark at 10:44 AM No comments: